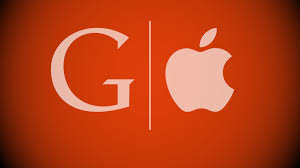 Apple received approximately a billion dollars from its rival in 2014 to maintain the search bar on the iPhone.The Oracle attorney who disclosed details of the Google-Apple agreement at last week’s court hearing, said a Google employee questioned during pretrial information said that “at one point in time the revenue share was 34 percent.”

It is unclear if the percentage is the Apple or Google’s cut of the earnings. The assumption is that the 34 percent is in fact Apples.

Google attorney objected to the disclosure:

“That percentage just stated, that should be sealed,” lawyer Robert Van Nest said, according to the transcript. “We are talking hypotheticals here. That’s not a publicly known number.”

The judge presiding over the hearing refused both Apple and Google’s requests to suppress the sensitive information in the court transcripts.

“The specific financial terms of Google’s agreement with Apple are highly sensitive to both Google and Apple,” Google said in its Jan. 20 filing. “Both Apple and Google have always treated this information as extremely confidential.”

While there was no surprise at the both the fact that google pays Apple. The fact that it was a percentage was. It would be more likely that the employee in question was misquoted and that the billion dollars is infact a flat fee. A percentage is unlikely given that there is no possibility of Apple verifying any number Google presents.