It’s been a few months riddled with controversy, tweaking and teasing after Firefox has placed its native ads on the “New Tab” page.

Regardless of what you think, they aren’t so bad really.

From one’s first impression of these ads, it is clear that they limit the attention drawn to them as much as possible, are labeled with clarity and avoid collecting user data that is personally identifiable.

What is also clear is that they have stopped depending on Google, which does collect personal data, and this can only mean a good thing for the future.

However, despite all these positive aspects, not everyone is interested in seeing these ads. Keeping the pro-choice and pro-privacy tradition, Mozilla has also provided an option for people to disable these ads too.

This involves a small number of steps to carry out. First, open a new tab and then click on the gear cog which is located on the upper right hand corner of the page. Three options will appear and which include Classic, Bland and Enhanced.

Just remember that the ads only appear when the Enhanced option is selected, and which has been enabled by Mozilla by default.

If you select the Classic option, it will display all the sites that you’ve visited in the past while the Blank option will include just a blank page. You won’t have to worry about aggregate information being collected once you disable the Enhanced tiles either.

And that’s it. You won’t have to see ads anymore from here on. But there’s one thing that you should keep in mind: Mozilla needs funds in order to continue developing Firefox and for which these ads have been placed.

That said, and before you turn it off, think twice because these ads aren’t so bad on the eyes either.

What You Need to Know About Changing Your Default Search Engine 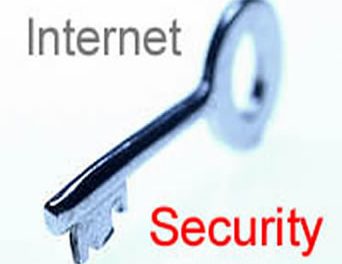 Why You Shouldn’t Share Your Internet Connection with Neighbors